Successful ITS Forum 2018 on Traffic Management

Around 300 experts from 21 different countries met on 14/15 November 2018 to exchange views on 'Traffic Management in a changing world' during the ITS Forum 2018. This Forum was organised by the European ITS Platform and the ITS Corridor projects and was hosted by Rijkswaterstaat in the LEF Future Centre in Utrecht (The Netherlands). 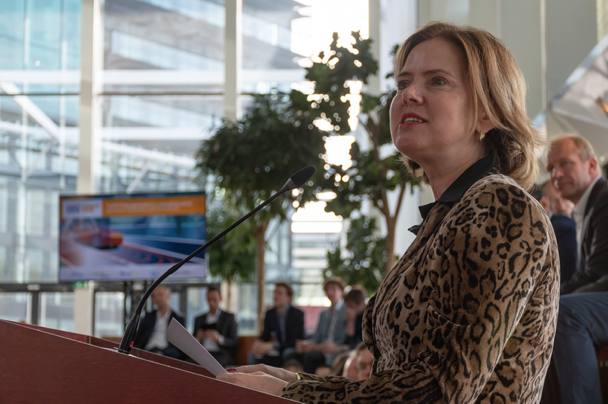 The event was opened by a keynote speech of the Dutch Minister of Infrastructure and Water Management Cora van Nieuwenhuizen, who highlighted how traffic management needs a European cooperation. Road authorities will play a different but equally important role. Traffic management in particular will need to change. The core tasks will remain capacity management by dealing with incidents and roadworks and providing winter services. Essential services that save lives on a daily basis. The focus will be on exchanging data, and closer cooperation between public and private service providers. She also stated the priorities for The Netherlands: effectiveness, technological neutrality, practical applications and collaboration – across borders, brands and systems. And she will also ensure that data is used with due care. Privacy and data security are key conditions.

The second keynote speech was delivered by Federica Polce, Coordinator of the ITS Platform on behalf of the Italian Ministry of Infrastructure and Transport (IT). In her speech she highlighted some of the good results from the Platform and corridors even stressing upon the importance of the presence of road operators and stakeholders in the ITS Forum: the EU ITS Platform needs to be grounded on real field deployment activities and the Platform is representing infrastructure authorities and operators, because our target is a better mobility for citizens.

The two keynote speeches were followed by a series of short interviews and discussion with Matthew Baldwin (Deputy DG for Mobility and Transport European Commission), Serge van Dam (Dutch Ministry of Infrastructure and Water Management), Nick Cohn (TomTom) and Roberto Arditi (European ITS Platform). The discussion showed the importance of opening up data, the quality of the data and the need for cooperation of the different actors. Understanding and respect for each other’s business cases is a first requirement then. At the end of the opening session a flash-mob showed the benefits of the ITS corridors to ‘Peter Postman’, who virtually travels through the corridors as a truck driver, commuter and on his holidays with a caravan. 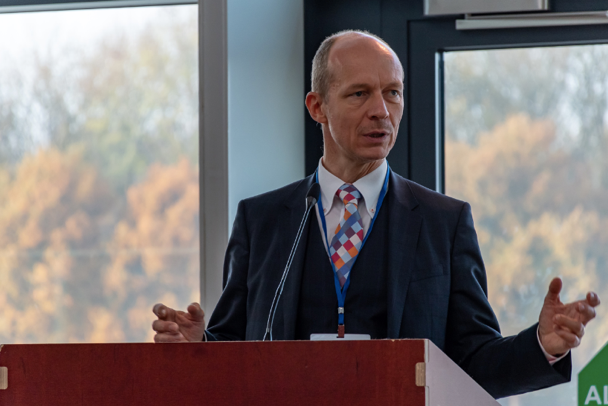 Director Investment, Innovative & Sustainable Transport - DG-Move Herald Ruijters delivered the keynote speech on the second day of the ITS Forum. He kicked off from a historical perspective, stressing upon the importance of ‘connecting Europe’, also seen in the light of the upcoming Brexit. The Connecting Europe Facility is an important tool to realize this. The EC wants to work towards a Single European Transport Area, integrating the hard infrastructure of the CEF corridors with a digital layer of services and implementation of the ITS corridors. This is reflected in the proposed EC budget:  in the new CEF programme (2021-2027) a much bigger share of the budget (40%) will be reserved for ITS.

Next, Jan Willem Tierolf (Rijkswaterstaat) stressed upon the importance of the digital layer of ITS services on the Core Network Corridors. ITS is a cost-effective tool to improve road safety and intermodality and to reduce congestion and emissions.

Pierpaolo Tona (INEA) showed some figures on the current CEF programme: 651 projects have been financed with a total budget of 22 billion euro, of which 48 (C-)ITS actions. He also made clear that the CEF programme is more than just offering financial support. It boosts investments in (C-)ITS, it supports European harmonization as well as implementation of the ITS Directive. And last but not least also delivers direct benefits to EU citizens and leads to concrete cooperation between European Member States.

In the following panel discussion with Herald Ruijters and the ITS Corridor project coordinators the main issue was: “How to improve the cooperation between the CEF Core Corridors and the ITS Corridor projects”. The first corridors are focused on ‘hardware’, whereas the latter are focused on ‘software’. It was clear that the knowledge of the people gathered in the ITS Forum should be used to improve the performance of the TEN-T Network: Ruijters invited the Platform and CEF ITS Corridors to share their objectives with the Core Network Corridors, playing an active role within Core Network Corridor Fora on a permanent basis.

In the closing session external stakeholders participated in a panel discussion. Isabelle Vandoorne (DG MOVE), Astrid Weij (Polis/Province of Utrecht), Steve Phillips (CEDR), Emanuela Stocchi (IBTTA), Christophe Nicodème (ERF), Malika Seddi (chair of the ASECAP permanent committee) and Johanna Tzanidaki (on behalf of TISA) mainly discussed the role of the private market versus the role of the public authorities. Authorities rather hold the carrot, but if necessary, use the stick. Private companies may play an important role in traffic management, but road authorities should orchestrate. They should safeguard the societal values of new technologies and avoid any negative impacts. The need of sharing data was stressed again.

The ITS Forum was concluded with a speech of Johan Diepens (Mobycon), presenting ITS in the Dutch culture: entering the room on his bike, he showed how cycling has been embedded in the Dutch society ‘from cradle to grave’. But also, that ITS has found its way into cycling, such as bicycle parking guidance, connected bicycles and Floating Bicycle Data.

Summaries of these sessions, the presentations and an impression of the ITS Forum 2018 will be published end of November 2018 on http://www.itsforum2018.eu