Activity 8 - Maintenance and input to standardisation

As DATEX II is a living standard, maintenance is required. Issues, problems, and small user requests are considered and fixed. Fixing these issues is reflected in new versions of the standardised parts, as well as in the supporting documentation etc. All parts of the DATEX II standards, supportive tooling, documentation and user guidance that need continuous maintenance are called “DATEX II configuration items”. While other activities produce content for new items, the subsequent maintenance of those items is addressed in this Activity.

The DATEX II content specifications are standardised internationally by CEN TC278. The contributions of the DATEX II support action to this standardisation process are managed in this Activity. The majority of inputs to TC278 from this Activity are via WG8, including EN16157 Parts 1 to 7. Inputs to CEN TC278 WG8 are delivered, and participation in CEN reviews is facilitated. There are now also DATEX II models coming via WG17 which will also be adopted in the TMG-managed DATEX II model in future - this Activity coordinates the adoption and guides the participation in CEN reviews.

This activity is central to the DATEX II support action because it established the European Standards and the modular version 3 with its many improvements in usability. Users of these specifications can be confident that the models have passed through an intense consensus-building process and have potential for deployment on a large scale.

Introductory statement:
• Ian Cornwell from Mott MacDonald in the UK leads this Activity on behalf of Highways England. Ian is the custodian of the DATEX II UML model and UML profile, implementing the changes agreed by the Technical Management Group and CEN working group. 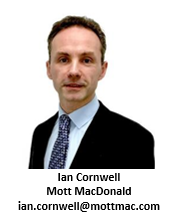